Rarely in Alabama do we get enough snow to that amounts to anything. We occasionally get flurries but it rarely 'sticks' and when it does it's typically not more than a dusting. Yesterday was an exception. It started snowing yesterday morning and snowed until well in evening. I think we probably got around 2 inches. I must be honest and say that I'm not a huge fan of snow. I love the way it looks. It's beautiful when it's a freshly fallen, white blanket of snow. A true masterpiece from the Maker. But it's cold! So, I'm kind of glad that when it does snow around here, it doesn't last long. One other thing that I do love about the snow is how excited my boys get: 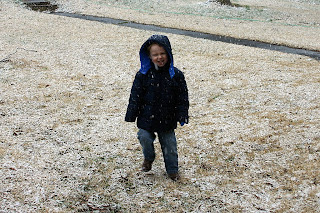 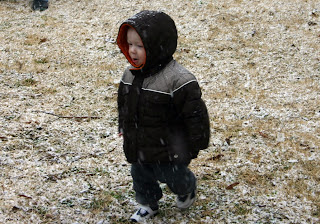 These above were taken earlier yesterday when the snow was just starting to dust the ground. Here is one of Luke from a few hours later: 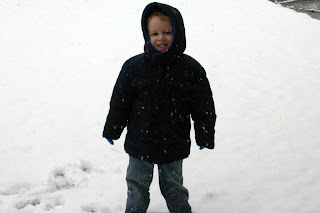 The Hubs and Luke made a snowman while they were out: 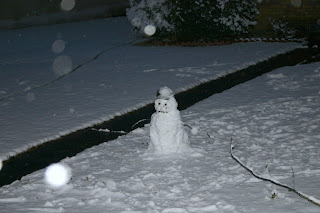 And after all of that snow playing, it was time for the perfect snack.. hot chocolate?? Nope, chocolate ice cream! 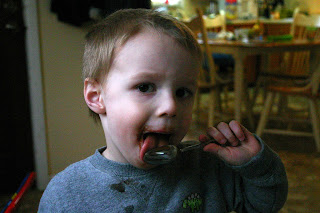 And this morning there is still plenty of snow on the ground! So, after our breakfast of waffles and scrambled eggs, I know two little boys who will be out playing until it all melts away! Happy snow days!

Cute pics! And love the snowman!!

Wasn't the snow so much fun while it lasted!?!