Fun in the sun!

Saturday we got home from a week long trip to the beach! We had so much fun!! The boys had a blast! Here are a few highlights from the week (picture overload!): 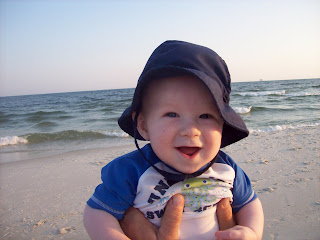 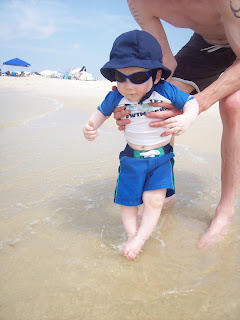 Eli was a little beach bum! He giggled at the water and loved smushing his little toes and fingers in the sand! He even ate a few fists full of sand.. good times! Here he is crawling around in the sand like he owns the place! He is so fun! 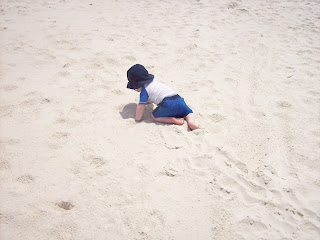 Luke has been waiting for this beach trip FOREVER (it seems). He has been to the beach twice before but this was the first time he actually understood it all. He couldn't wait to get there! He was a little afraid of the ocean to begin with but after the first day he got use to it and kept saying, "I'm not afraid of the water!" He would have played on the beach until he literally passed out from exhaustion! He also learned how to swim with his arm floaties in the pool! He was so proud of himself! And so was I! He is such a big boy! It is bittersweet to watch him grow sometimes! 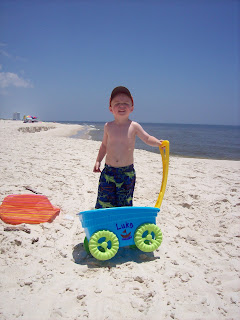 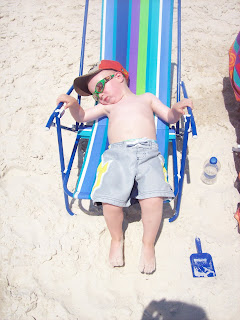 Luke even got brave enough to hold a crab! This is one of those things that scared him at first but he soon was searching the sand at night for those little things just like Daddy! 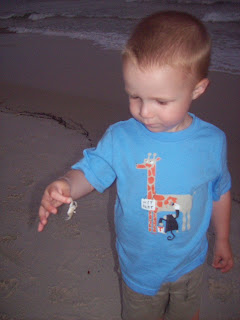 We attempted to take a quick family pic right before heading out. I wanted us to get all dressed up and take a nice one but it never happened. We were so lazy all week, which is fine! That's what a vacation is for! Not to mention that at the ages and stages the kids are at, pictures just aren't their favorite thing to do! So here is our family pic... it was so bright and hot.. so it was a quick snap and then back in the ac! 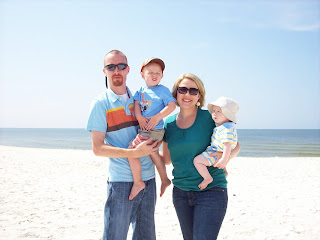 We stayed in a beach house with a lagoon behind it. You could walk out to a deck and look out onto the water. Well, the first time we walked out there we saw this: 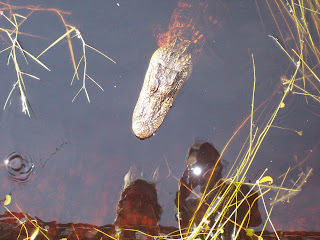 There was a sign that said "Don't feed the gator" beside the deck but at first we thought it was just for fun! Nope! Fred (his nickname) was the only one we ever saw. He was about 4 ft long and obviously was use to people feeding him (someone didn't read the sign) because every time we walked out to the deck he would swim right up. It was really crazy! Luckily, the back yard with the pool was fenced in! At first Luke was calling it a dinosaur! So funny!
It's driving me crazy that the picture of us leaving is before the gator picture. But I'm not going to change it because I don't have time. Just thought I'd let you know, haha!
We had a great trip and made lots of memories! Again, I am so thankful for my parents taking us otherwise it never would have happened! I can't wait to do it again next year!

these are so cute! i sure hope we will get to go to the beach this summer. i would love to see what ruby'd do! glad you had a good time. :-)