Letter I was so much fun! I usually try to start off the week a letter collage. This helps Luke to see the letter we're going to learn about and we also talk about all of the words that our letter starts with! 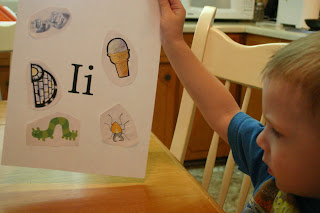 After naming off lots of letter I words, we did a fun science experiment! Luke had two bowls, one with hot water and one with cold water. Then he put two ice cubes in each bowl! Which ice cube melts faster? He had so much fun with this and it was a great way to talk about solids and liquids/hot and cold. Lots of learning! 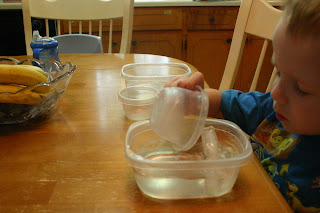 Then, we took some Ice cubes outside and played with them on the hot pavement. We intended to do some ice drawing on the driveway but it had just rained. Luke still had fun watching the ice melt and playing with it! 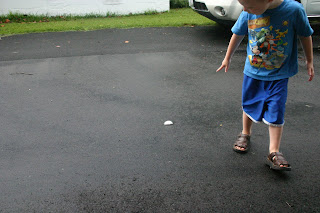 When we came back in we compared one of our ice cubes we had been playing with with a fresh one from the freezer! 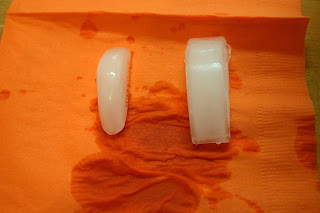 We also decided to make juice ice cubes! Luke poured the juice into the ice tray and we put them in the freezer! 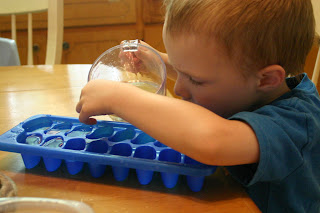 The first thing he said when he got up was that we had to get the ice cubes from the freezer! I'm glad he remembered because I probably wouldn't have until later!! 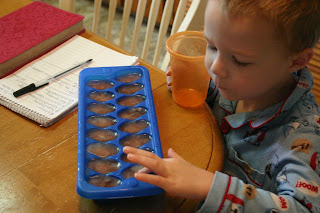 Both boys got in on the action for this project! I took empty paper towel rolls and let the boys paint them. Once they were dried, I cut them into rings. You really only need half of a paper towel roll for each one (or one empty toilet paper roll per child). I left one circle for the head and then cut all of the other circles to staple together. 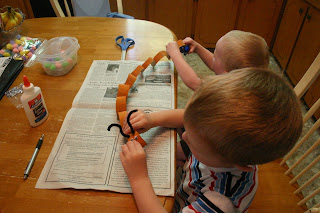 Then we glued eyes and and poked two holes on top and weaved pipe cleaner through for the feelers! Cute Inch Worms! 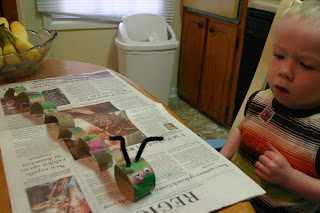 Next we learned all about Iguana's and did an alphabet craft from Totally Tots! Did you know iguanas can lose their tails just like smaller lizards and they will grow back? 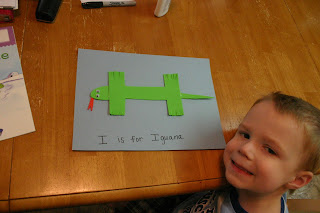 We made yummy homemade Ice cream which I decided to do a whole post about. It was really fun and tasty! 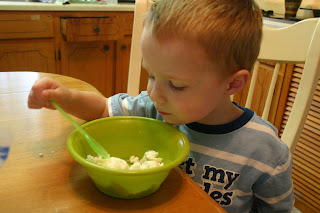 Next, I cut out an igloo from white foam and then made it into a puzzle for Luke to piece together. It was actually harder than it looks! We used cotton balls for the snow and snow flakes! 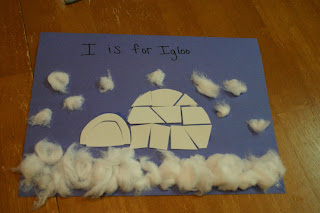 And of course we did a letter I search! (Yep, there is the winter puffy vest again!) 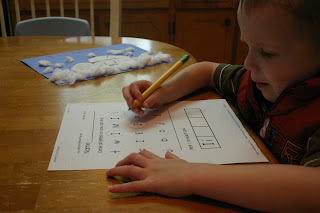 Our verse was "May my prayer be set before you like Incense." Psalm 141:2. We had some great discussion on what it means to worship God and all of the different ways we can worship here!